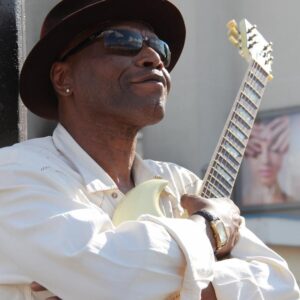 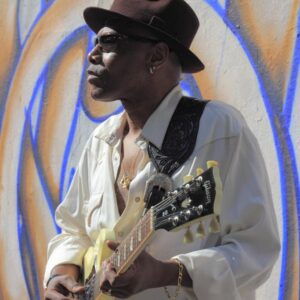 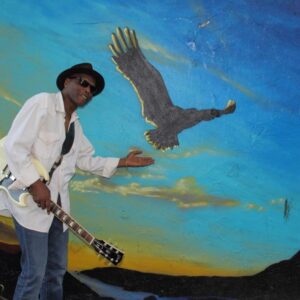 Ron Smyth, Born in New Jersey, USA. Raised in the church, mother an evangelist. Earliest musical experience singing hymns alongside his older brother and three sisters. Following the rhythm of his mother’s fiery sermon, and the colors of the flow of hisgrandmother’s residuals.

His sister Phyllis, “Helen Ferguson & the Personalities, (“Boy from New York City” covered by Manhattan Transfer), along with his uncle, Freddy Pinkard (Billy Ford and The Thunderbirds). Introduced him to the world of the musician at a young age. He would regularly accompany them to various rehearsals and gigs. This, allowed him to meet and mingle with some of the great musicians of our time, and introducing him to hismentors, Pharaoh Sanders and George Clinton. He began his road playing guitar in his band.

His musical inspirations are from a full 360 of style. From Bob Marley, introduced by his lifelong friend, Wailers guitarist, Al Anderson. George Clinton, whom he has known since childhood. High School friend Richard Lloyd (television). To his personal reintroduction to the blues, by the late great U.P. Wilson and Luther Allison, personified by World Tours with his son Bernard.